Australian Air League Goes Out Of This World 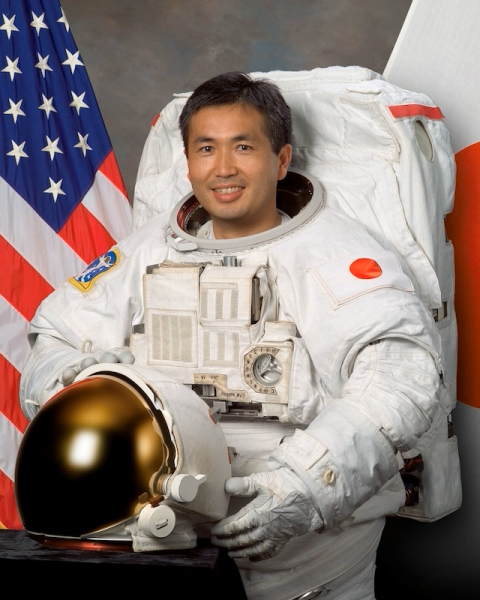 On Friday evening 21st February 2014 at 7pm (CST Adelaide), 12 lucky cadets from the South Australia Wing of the Australian Air League will have the opportunity of a lifetime, to speak with Astronauts on board the International Space Station.

The hook up has been organised with the assistance of NASA following a detailed application process by the members and parents of Parafield Squadron and the cadets were very fortunate to be chosen. Only a handful of events such as this have taken place in Australia and this is a first for the Australian Air League. It will take place at the South Australia Aviation Museum, home of Port Adelaide Squadron.

The cadets will be speaking with Japanese Astronaut Koichi Wakata, a veteran of 4 NASA Space Shuttle missions who has spent nearly 5 months in space with a space flight career of nearly two decades. Originally an engineer for Japan Airlines, Wakata will shortly be the first Japanese commander of the ISS.

During the selection process the cadets in South Australia were asked to each come up with three questions that they would like to ask the astronauts. Following this 12 cadets were chosen and on Friday each will have the opportunity to ask their questions with Wakata. 12 year old Leading Cadet Michael Rowcroft won the competition and will be the first cadet to ask his question

While the cadets are speaking to him, the ISS will be overhead Hawaii at a height of around 400 km and travelling at 27,000 km/hr – a remarkable feat!

“In the South Australia Wing we’ve been following the astronauts on the ISS for over 18 months now,” said Squadron Captain Martin Ball, Wing Education Officer for South Australia.

“We’ve been keeping up to date with the happenings on board with events such as new astronauts arriving and re-supply missions as well as the experiments they run in space. The whole process has been excellent.”

The Australian Air League is a youth organisation for boys and girls aged from 8 to 18 years, which encourages an interest in aviation as a career or as a hobby for the youth of Australia.

The Air League has three Squadrons in Adelaide located at Gawler, Port Adelaide and Parafield and has well over 100 members. Cadets will be attending from all three squadrons on Friday. As well as South Australia, there are Air League Squadrons in most states of Australia.

This year is also the 80th Anniversary of the formation of the Australian Air League.

“We are thrilled to speak to Koichi Wakata on board the International Space Station in our 80th year.”

A live NASA feed from the ISS can be found here.

UPDATE: Streaming Audio for tonight’s hookup can be found at

About the Australian Air League (www.airleague.com.au)

The Australian Air League is for boys and girls aged 8 years and older who have an interest in aviation either as a career or as a hobby. In the Air League they learn about aviation in all its forms through classes in theory of flight, navigation, aircraft engines and a variety of interesting subjects.

With Squadrons in most states of Australia the Air League has been serving the community in Australia since 1934. It is entirely self-funding and is staffed by volunteers who give their time to achieve its goals.

The South Australian Aviation Museum was started in 1984 by a group of enthusiasts interested in aviation history and aircraft restoration. Displaying aircraft and engines with relevance to aviation in Australia ans South Australia in particular it became the official aviation museum for South Australia in 1990. The museum is located at 66 Lipson St, Port Adelaide and is open everyday except Christmas Day.