COYAG meet with the Federal staff

Cpl Benjamin Tam, the 2015 Cadet of the Year and NCO at Waverley Squadron (VIC) met with the Federal Commissioners on Saturday May 9th to discuss his work with the Cadet of Year Advisory Group (COYAG).

This is the first time a Cadet of the Year winner has attended this meeting with the Air League’s national leadership team. During his presentation Ben outlined a number of COYAG projects and initiatives for 2015. 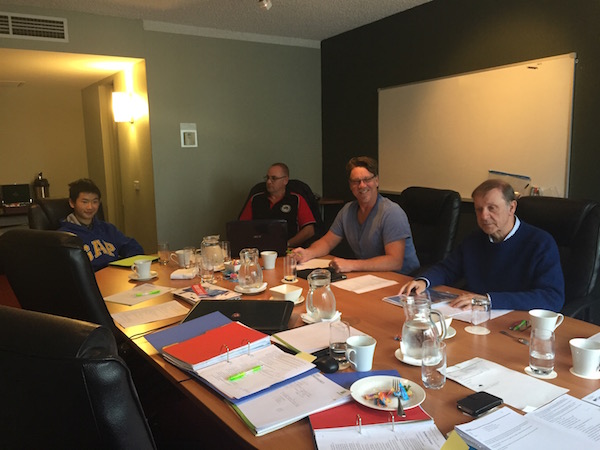 Federal Training Commissioner Tom Short said, “We are very keen to engage our top cadets at the national level, especially on new projects that help to build interest and enhance cadet achievement”.

Ben is leading COYAG in 2015 along with Cpl Rebecca Newberry, who won the girls competition. Any cadet with an idea or suggestion is able to contact Ben using the COYAG email address.