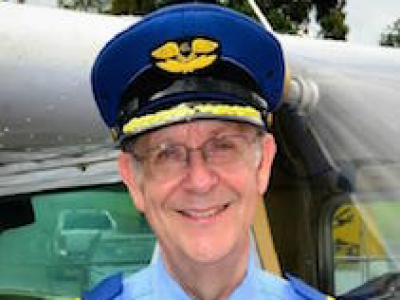 Monday 4th September marks one year since the untimely passing of our friend and colleague Comr. Tom Short. Tom had a passion for the training of our members and the growth of the League, and is missed by those who knew him.

Tom was born in the UK on 21st July 1951 and served in the RAF Volunteer Reserve Training Branch (UK Air Training Corps) from 1964 until he moved to New Zealand in late 1999. During his service with the Corps he was a Squadron Commander for 12 years when he moved to become a senior Wing Staff Officer commanding 10 Squadrons and managing the staff recruitment / selection for 40 Squadrons.

In September 2008 Tom gained employment in South Australia at the UniSA – School of Education as a Research Fellow and became involved with the SA Aviation Museum where our Port Adelaide Squadrons meets, and the joined the League on 20th March 2009.

Tom was kept very busy from mid-2009 until mid-2010 assisting with the transfer of the management of the SA Wing from Victoria Group and its resultant growth and in July 2010 Tom was appointed Acting Federal Training Officer maintaining his role as OC SA Wing. Tom’s appointment as Federal Training Commissioner was confirmed on 11th August 2011 and in March 2012 Tom was promoted to the rank of Commissioner.

Tom has been pivotal in the operation of the South Australia Wing and even after Gp.Comr. Martin Ball was appointed to command the Wing in 2013, Tom worked within the Wing as its Treasurer and also instructing at Parafield Squadron.

His work at a National level with Officer and NCO Training initiatives and the assistance with the Cadet of the Year Advisory Group is well known. 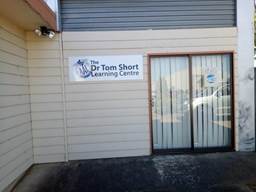 We pause today to remember our friend, colleague and mentor Comr. Tom Short, taken from us much too soon.