The Autumn 21 edition of the Air Force Association’s Wings magazine can now be accessed online via the new Wings website: www.wingsmagazine.org.

In this edition Wings acknowledges the Air Force centenary and the contribution air power has made to our young nation, both commercially and militarily. It begins a RAAF history series and continues the Qantas and Skunk Works series. The Autumn edition also introduces a short series on an Aussie larrikin who set the Australian Land Speed record (with some RAAF assistance) and who has aspirations to break the sound barrier on land.

Along with the regular digests and information, this edition features RAAF Base Amberley and its Aviation Heritage Centre. Our Management and Leadership article relates an experience dealing with honour and integrity and is well worth reading for those who aspire to leadership roles. The Air League report can be found on page 70.

The Air Force Association hopes all its readers continue to enjoy the magazine, and would like to encourage readers to promote subscription to the magazine to the broader aviation community either as a gift or for direct access to a quality aerospace magazine.

Last weekend the female Cadets of New South Wales Group were invited to attend and event at Bankstown Airport to hear from women who worked in all areas of aviation. Cadet Zoë Baker Moss from Marrickville Sqn was among the cadets who participated and found the day inspiring.

On the 6th of March, I attended the IWD Women in Aviation even at Bankstown Airport that was organised by the Women in Aviation Australia Chapter and Sydney Metro Airports. After arriving  I met up with a other girls, from both my own squadron and other Sydney squadrons and we settled down in the terminal for the speeches.

The presenters were nothing short of phenomenal, to say the least. Most excitingly, they were not all about flying, flying, flying, although I think that is one of the best parts of the aviation industry. Instead, they were given by women in all fields of aviation, and they recounted the incredible journeys they had experienced to get where they are today. We learnt all about working in the Air Traffic Control Towers, received an insight into the management side of aviation, and even heard from a girl around my age, who had persisted with her love of flying despite constant roadblocks and barriers. We also heard about the wild adventures of an aeronautical engineer and her exciting experiments in high speed flight. And, of course, we heard from some amazing pilots and their journey towards a Commercial Pilot’s Licence.

Despite coming from a wide range of different perspectives, all the presenters had one thing in common. Their constant devotion and dedication to the thing they loved: aviation. This was one of the major things that I found so powerful about the convention. There is something about all the incredible things they had all achieved that motivates me to do the very same thing, no matter what challenges I may face along the way.

After the speeches, came another exciting part of the day. Afternoon tea. Accompanied by fizzy drinks and some delicious cookies, we gathered around and got to chatting. Although the speeches had been extremely enlightening, even more questions had sprung into my head than to begin with. And, ever so kindly, the lovely ladies at the event were willing to answer all of my questions, big or small. By the end of the day, I, along with most of the other Air League girls, had a mouthful of biscuits, hands full of merchandise, and minds full of inspirations and dreams. Dreams that were becoming closer and closer to reality as the day went on.

At the end of the three hours, it felt as if the day had flown by, and I was almost upset when my dad came to pick me up. I wanted to spend even more time chatting with the wonderful women I had met and maybe steal one more swig of Sprite. Still, I could not have been more thankful for all of the incredible speeches given at the event, and I am just as thankful to the incredible ladies I met. I aspire to be as moving and motivational as you one day and possibly be as involved in fostering greatness for women in aviation.

To all the girls who missed out on the event, or to those who are dreaming of a life in the skies, my advice to you is “Choose to Challenge”. You are even stronger than you can imagine, and you mustn’t let anyone stand in between you and greatness. Let your heart lead the way, and you can achieve anything. As the Australian Air League motto A Vinculo Terrae  encourages, we can be ‘Free from the bonds of Earth’.

Air League and WAI Australia Members are invited to join the event. So, come along hear from the guest speakers, enjoy some afternoon tea and do som networking!

Due to COVID-19 restrictions, places are limited so please contact us if you wish to attend

Issue #4 of The Southern Cloud, the official publication of the Australian Air League Victoria Group is available for download here. 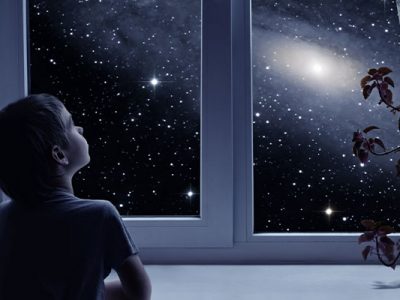 Do you love Astronomy?
The Macquarie University website has a whole year full events for you to watch in the night sky, so add it to your calendar!