Why did you join the Australian Air League?

Catherine began first, “As a keen aviation enthusiast, I joined the Air League along with my younger brother after my father read about the it on the Australian Air League website. After just two weeks we decided to sign up and become a part of the Air League, because of my aviation interest and well as the discipline it instills in cadets.”

For Brandon, it was a similar story, “I joined the Australian Air League because of my interest in aviation and to increase my leadership skills so that I could become a leader. This would allow me to learn vital life skills and how to instruct others to achieve success. “

What is your favourite activity in the Air League and why?

For an aspiring pilot – Brandon had a confession, “My favourite activity is actually the marching! Drill is a great way to enhance your level of self discipline and to be able to work together. Furthermore, it allows cadets to gain confidence and increase their knowledge in how to instruct and offer constructive criticism. Along with this, it teaches them how to lay out discipline in a way that improves behaviour and achieves success.”

Meanwhile, Catherine found it hard to pick one activity, “There are many activities that the Air League provides which I enjoy. I love the Education – I get to expand my knowledge on aviation, other aspects to do with leaderships and the surrounding environment like community and friendship. It is not about putting a badge on my uniform but to learn from experienced people and share my knowledge.

Going to the reviews is fun – it allows me to make new friends, learn new skills and most importantly, to be independent. With the Air League we also go to community events –such as the ANZAC Day Dawn Service and Australia Day which allows me to learn more about the history, the success and the failure of our nation in the past. This is where we are able to learn how to respect and appreciate our beautiful country.

And finally the flying!”

What do you want to achieve as the 2016 Cadet of The Year?

Catherine: “As the 2016 Cadet of the Year, I hope to promote Air League to the wider community and in particular potential female cadets. Furthermore, I would like to show good leadership and share my knowledge with other cadets especially the junior cadets.”

Brandon added, “As the 2016 Cadet of The Year, I will be working extremely hard with Corporal Nguyen and the rest of the candidates to raise the profile of the Cadet of The Year Advisory Group throughout the year.” 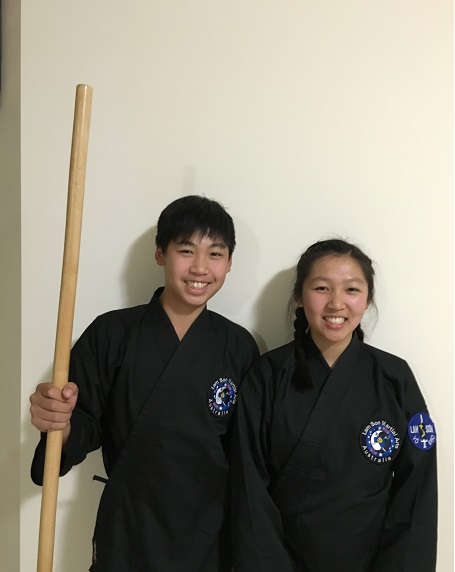 What are your career aspirations after school?

Brandon: “After school, I intend to study the Bachelor of Aviation, majoring in flight operations at Griffith University. This will give me all of the required qualifications to become a commercial airline pilot. Whilst flying as a commercial airline pilot, I intend to also study the other part of the Bachelor of Aviation, that is, now majoring in the business side of aviation. This is to give me the qualifications that I need to enter business in aviation, should I ever choose to leave the Captain’s seat.”

Catherine had similar plans, “My career aspiration will of course depend on the school results I achieve, however, I have my heart set on joining the RAAF and becoming an Air Force officer/pilot. If unsuccessful in the selection process I would hope to become a commercial pilot. Above all, I would always want to be a part of the Australian Air League.”

What are your other hobbies or activities away from the Air League?

Catherine: “Away from Air League I am learning to play the piano and I also like to practice martial arts. Wherever possible I try to get involved in community events, like Vietnamese New Year, Greening Australia, Clean up Australia Day and so on.”

Brandon: “Outside of the Australian Air League, driving is a big hobby of mine. I currently have a car that is being built into an Aust4 car (off-road racer). Next year, I plan to race this car with my dad!”

Thank you Brandon and Catherine for sharing your Air League story with us!